This summer, Ike was invited to speak at the WeMakeTheCity Festival, focussing on urban planning during a Friday morning forum called Making Places. For this occasion, IG Karfield wrote a spoken word piece, inspired by the legacy of Jane Jacobs, titled There is no logic that can be superimposed on human kind.

Check out his performance in the video below, starting at TC 1:23:52.

For an online word life initiative, Ike was invited to share a quote with culture king Lettertypes and the Haarlem library. It goes by #schrijversvandebieb (instagram it). Illustrator Linda van Bruggen reacts to quotes or small poems from different spoken word artists in The Netherlands. Mind you, these words are not spoken — they is a picture. Thanks to those involved for the collabo! We like our words in coffee. 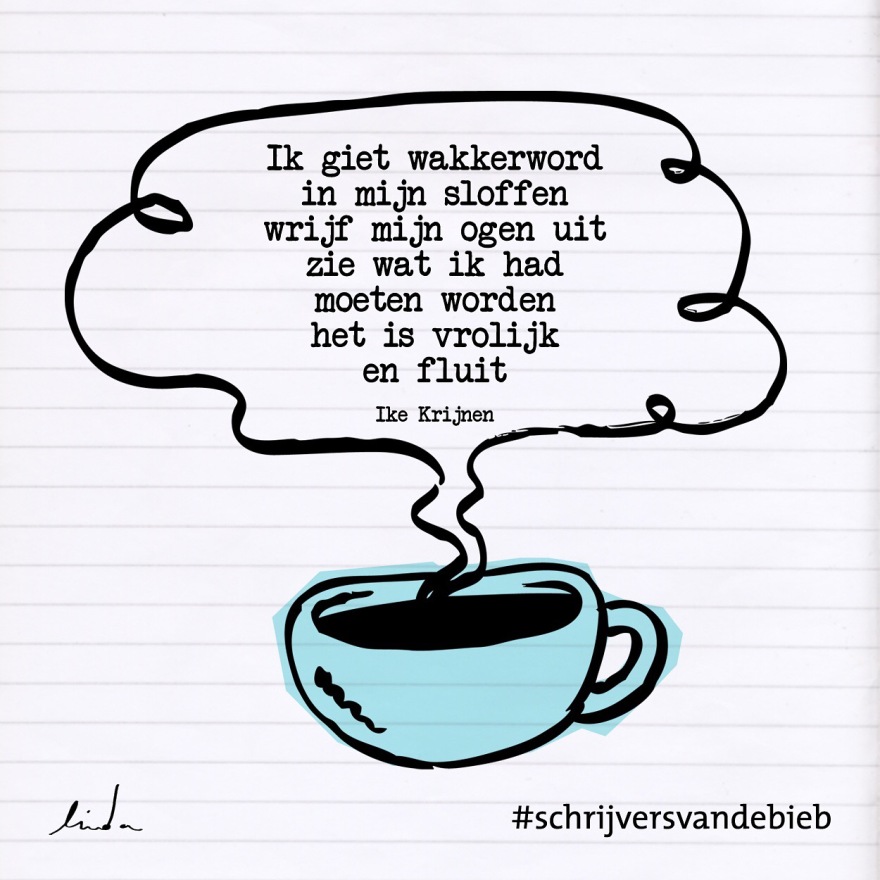 Thanks Mokum Sessions, for this wonderful collaboration. We are so proud of this video you shot with Ike, bringing a few people closer to an IG Karfield classic. Thanks to Torpedo Theater for allowing us to shoot the video at this magical location.

Last week, Ike was invited to speak at the opening of a weekend-long (or short) exhibition at Melkweg Expo. Organized in collaboration with ‘Vincent op Vrijdag’ – known for their monthly Friday night bashes at the Van Gogh Museum, with DJs and cocktails – this exhibition featured ten upcoming artists that are somehow inspired by the 19th century painter. On opening night, last Thursday, Ike shared a couple of pieces he had written for the occasion, and the midnight-ruin classic Museumnacht.

Yep, some pretty funky inter textual and historical stuff happened there. We’re all looking forward to the next round! Keep an eye out for any news from Vincent op Vrijdag on facebook if you want to get a taste yourself.

Thanks to VOV for the invitation to speak, thanks to Melkweg for the great care. (Oh, and thanks to onlinegalerij.nl for the mention! I’m sure you must have thought: who is this Ike Krijnen? Is it a boy or a girl? We don’t know.) 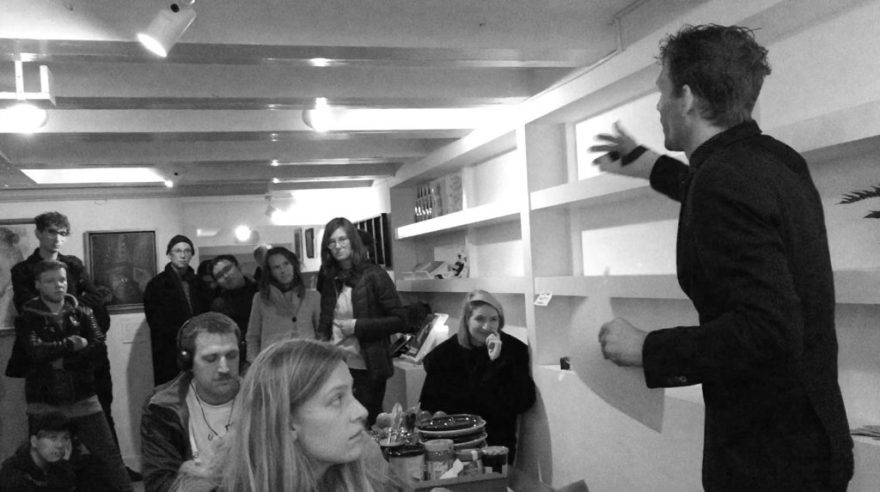 Ike spilling his guts on art at gallery Schatjes in the city centre of Amsterdam. Schatjes formed part of the art tour organized by Kunstvlaai back in November of this year. Just weeks before the bugger had broken his pinky. Sad. But it wouldn’t stop him from spitting fire on the institution that is art, inspired by a letter he received from his alter ego, Mr. Karfield. Photo courtesy of the gallery’s owners.

Delighted to announce that the Amsterdam Writer’s Guild has successfully put forth their second issue of their literary review, DAWG. With funky, crazy, beautiful poems and short stories, both in Dutch and English. Congratulations to the AWG, and thank you for publishing three of Mr. Karfield’s works. These poems were published in that ol’ DAWG Two:

A. MARINA (inspired by Marina Abramovic’ The Life and Death of…)
REAL MAN (about a man and his relationship with a real doll)
RED SKIN (on being of flesh and bones, albeit fragile and weak)

We are proud to present the first prose spin-off based on one of the poems from the “(green) CREATURES,” written by editor Ike Krijnen. It’s called “Crocodile lady & ol’ jazz singer man,” and it was published by the writer’s university alumni association, UCAA, in their bi-annual magazine called Talking Post. They write: “Post’s second fictional outing, by Ike Krijnen, has a certain reptilian je ne sais quoi.” (We liked that – thanks!) Illustrations of the crocodile and the jazz head mind are by Charlie Handsome. (We loved those – thanks a lot!)

This post has been reblogged from the “(green) CREATURES” promotion blog.

Posted on April 5, 2013October 30, 2015 Posted in Creative, Written by IG KarfieldLeave a comment

Below is the 2nd chapter of this little Amsterdam crime story, a flash fiction project initiated by The Holland Times, published in the expat monthly’s March issue of 2013. You will find the remaining 9 chapters here. This chapter was written in response to the first segment of the story, which introduced the main character, police chief Harry, a dead girl in the Amsterdam canals, and a mystery box…